As you can see below, the number of ELRepo users have continuously grown. We now have over 1 million users (1,146,783 IPs) using the repositories. EL5 will be EOL'd in 3 months. We would expect EL7 to catch and ultimately surpass EL6, although EL7's growth is not as fast as that of EL6's.

Our kernels, kernel-ml and kernel-lt, are popular. They are doubling every year the past 2 years. We have seen 187,785 users (IPs) in the last year, and ~18% of ELRepo's userbase have installed one duing the last 12 months.

Although not shown in the graphs, we see that the most popular download in all EL5, 6 and 7 was the Nvidia package which is followed by DRBD. 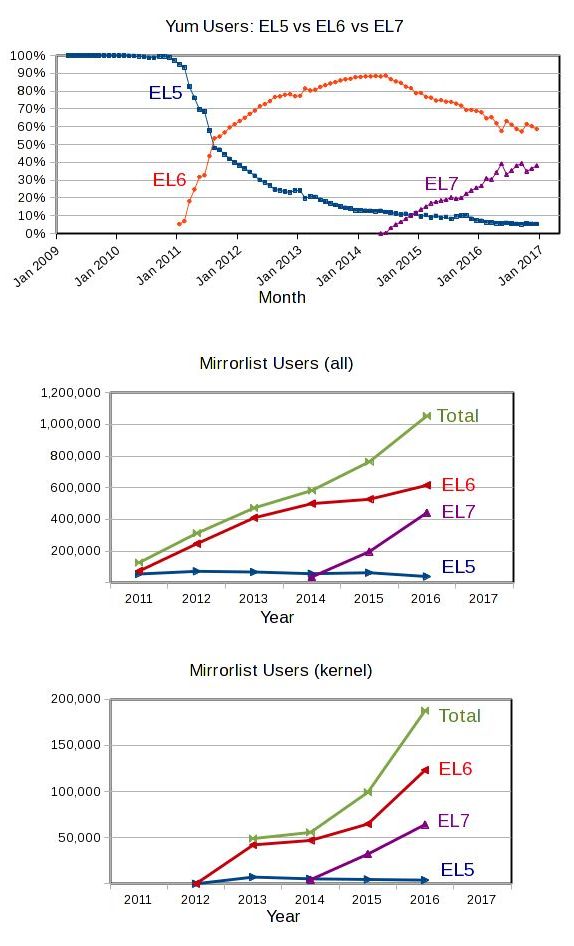